Shanghai literally means the city by the sea. Shanghai is situated at 31° 14' north latitude and 121° 29'east longitude, on the west shore of the Pacific Ocean. It is bordered on the north and west by Jiangsu Province, on the south by Zhejiang Province, and on the east by the East China Sea . Right in the middle of China's east coastline, Shanghai is an excellent sea and river port, boasting easy access to the vast hinterland.

The city is divided into two parts by the Huangpu River: Puxi (west of the Huangpu River) and Pudong (east of the Huangpu River). Puxi is the older part of the city and hosts the majority of shops, restaurants and museums. Pudong is the modern part, and is recognized for its rather unusual yet extremely impressive high-rises such as Shanghai's tallest buildings, the Shanghai International Financial Center, Jinmao Building and the Oriental Pearl TV Tower. 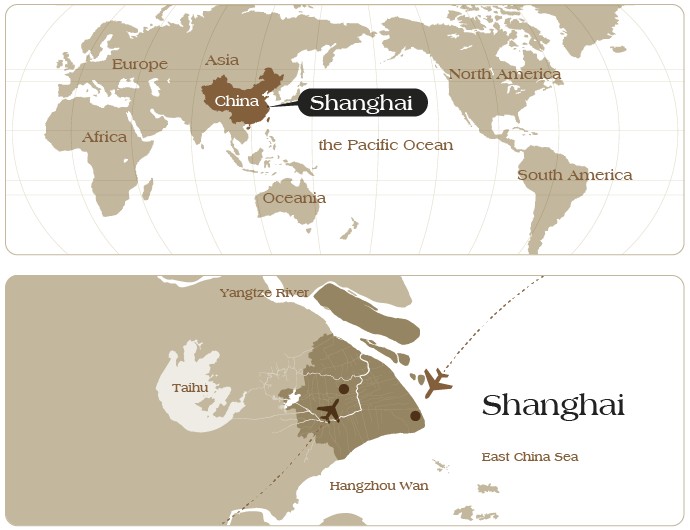 As residents in an international metropolis, local Shanghai people speak both Mandarin (Putonghua) and Shanghai dialect. Moreover, many people, especially the young generation are learning English as a foreign language. They are willing to communicate with you in English if you need help. In the meantime, most people working in travel agencies and other service industry (e.g. taxi drivers, shop assistants, waiters and waitresses) can speak some basic English.